A determined mother and her feisty daughter face the challenges of learning disabilities with courage.

Rosemary Enrico watched her daughter trudge home from school weighed down by a backpack filled with books she couldn’t read. Common words her classmates learned in kindergarten stumped Dawn. The girls who’d been her friends in preschool no longer came to play. Worse yet, the boys seized every opportunity to mock her.

One September evening, when homework had yet again crowded out a bedtime bath, Dawn said she wanted to crawl back inside Rosemary and be born smart. Though she’d tried, nothing Rosemary said cracked Dawn’s conviction that she was dumb. Her daily experiences provided all the proof Dawn needed.

Sitting outside on the front stoop, thinking, Rosemary’s sense of urgency grew. Twilight had deepened to dusk by the time her husband arrived. Not rattled by Dawn’s wish, Frank blamed Rosemary, insisting her constant worrying undermined Dawn. That wasn’t true.

“If we had a three-year-old who wasn’t walking, we’d be going from doctor to doctor to find out why. Dawn’s in third grade and not reading.” Frank held fast to his belief that Dawn happened to be a late bloomer. Rosemary refused to wait for what might be a figment of her husband’s imagination.

Learn more at whenwordsweremoouuntains.com. Buy the book from amazon, barnes and noble, iBooks, IndieBound,or directly from the author at MyBookOrders.com. 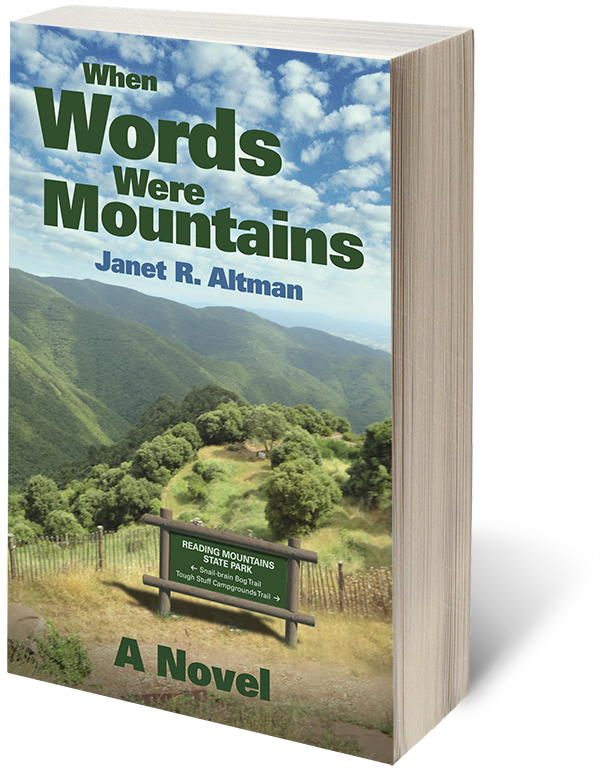